From Classroom To The Battlefields 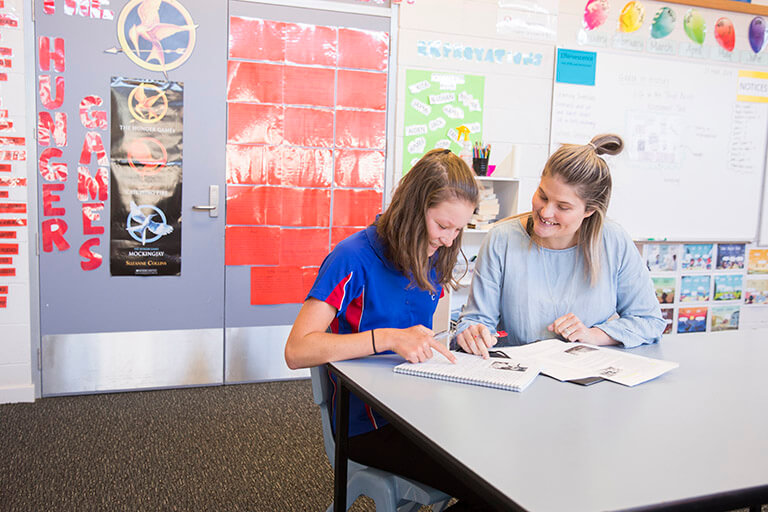 THE BATTLEFIELDS of Flanders are a long way from Mockridge Road in Clarendon Vale, but for Bayview Secondary College prefect Nell Hentschel and her history teacher Mel Burnett, the two places will forever be linked following an educational trip to Belgium and France in early 2019.

Ms Hentschel was awarded the trip after submitting a successful essay on World War One in the Frank MacDonald Memorial Prize. The annual history competition is an initiative between the State Government and RSL Tasmania for Year 9 students state-wide.

Ms Burnett was lucky enough to join in as one of the chaperones accompanying the six students who made up the 2019 tour party.

“It was a fantastic opportunity to not only travel but learn about the significant impacts of the war in Belgium and France,” Ms Henstchel said.

As well as touring the Somme region, the Frank MacDonald group was invited to attend the iconic ANZAC Day ceremony at Villers Brettoneux and even made it onto national television back in Australia as the event was beamed live across the country as part of the annual commemoration.

The group also saw the sights of Paris in the weeks following the devastating fire at Notre Dame Cathedral and filled their days with culture, history and learning.

“Experiencing a new country has its own challenges but we were fortunate enough to have this experience with such a supportive group. I hope the bonds I’ve created with these people on the journey will become lifelong friendships.”

The importance of opportunities to enter competitions like the Frank MacDonald Memorial Prize and a host of other academic pursuits are not lost on Ms Burnett when it comes to building a strong culture of teaching and learning at Bayview.

“To win the prize was great for Nell in terms of a once-in-a-lifetime experience, but I hope it’ll serve as inspiration for other Bayview students to put themselves out there in that academic space as well.

“I know from just talking to colleagues this is the kind of opportunity the whole staff wants to offer our students to give them as many rich and authentic learning experiences as we can.”