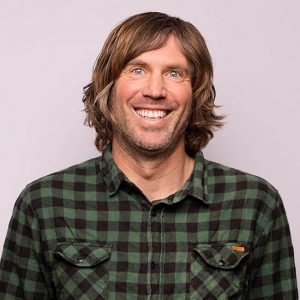 Adrian is passionate about working with young adults in the senior secondary area to help guide them towards post year 12 pathways. Adrian’s passion and commitment in this area is evident in the growth and development of Bayview Secondary College’s award winning year 11-12 team.

Bayview Secondary College started delivery as an Extension Project High School in 2017. Through his leadership, the 11/12 program has developed and grown from 8 students in 2017 to its current cohort of 55 students and growing. Students attend our programs from all over the Eastern Shore. Along with growth in student numbers Adrian has guided the development of curriculum in this area. Bayview now offers a diverse range of curriculum offerings, some of which are unique to Bayview Secondary College and not offered at any other senior secondary site in the state.

Adrian has also been integral to the establishment and strategic development of the teggana Collective. The teggana Collective is a group of high schools and colleges from the eastern shore of Hobart who are working collaboratively to increase educational achievement and attainment in years 11-12. Our dedicated team of school leaders have been recognised as setting a gold standard for educational provision in years 11/12 and have won several awards.

In his role as Head of Science at Bayview Secondary College Adrian worked with the Beacon Foundation and North Melbourne Football Club on establish the GOAL! learning program. As part of the GOAL! team Adrian developed a number of  integrated STEAM learning resources for teachers around Australia. Currently GOAL! is used by more than 100 schools around Australia.

Adrian’s early career was accelerated through receiving a Scholarship as part of the Partnerships in Teaching Excellence program, which was a joint initiative between the Department of Education and the University of Tasmania. This program identified the best young teachers in the state and provided them professional learning and increased experience in schools. With a Bachelor of Science in Marine, Freshwater and Antarctic Biology with Honours and having participated in research expeditions to Antarctic, Adrian maintains a keen interest in all things Science and is highly valued in the Department of Education as an outstanding educator.