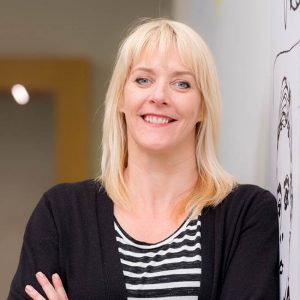 Gill has been principal of Bayview Secondary College since 2012, during which time the school has undergone an amazing transformation. She leads a highly-accomplished, internationally-recognised leadership team who together have led Bayview to national acclaim.

As well as currently representing Tasmanian Principals on several DoE Strategic committees and advisory groups, Gill has recently been recognised for her tireless work within the community, over a journey of more than 22 years. Her list of recent achievements leading school improvement and building school culture is highlighted below:

As a teacher Gill was Head of Music at Bayview Secondary College for ten years, leading many school rock bands to state-wide acclaim and musical glory through the Tasmanian Rock Challenge competition, where our school won best band in the south over a period of 8 years, with three Overall State-wide wins in row! Gill continues to teach year 7 Music along with an exceptional team. The opportunity for year 7 students to get to know their principal on a personal classroom level is something very special and sets up an excellent working relationship for the years to come. This role is one that Gill values highly and is passionate about.

Gill’s leadership journey at Bayview Secondary College, prior to the principal role,  has seen her in AST, Head of Department, Head of Grade and Assistant Principal roles, where she has had the opportunity to develop specialist skills in student well-being and learning, leadership and change, and high quality teaching practices.

Gill supports the entire Bayview Secondary College community to thrive and achieve its potential through her outstanding leadership.